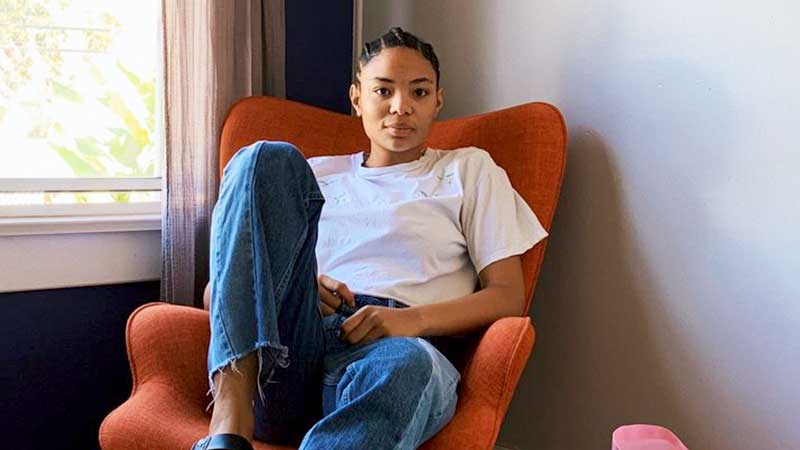 Workshop Description: There is growing focus in the field of youth suicide prevention in taking a more proactive, “upstream” approach, which involves working to reduce risk factors and enhance protective factors prior to the onset of high risk behaviors, suicidal thoughts and other concerns. Educators are uniquely positioned to take lead promoting upstream interventions, building resilience and saving lives.

Since the pandemic, Crisis Text Line data for California reached an all-time high in April 2020 for anxiety/stress. Historically there’s a noted rise of acute stress disorders, grief and adjustment disorders in youth in previous pandemics. In a UCLA (2020) study, 75% of surveyed school-based mental health staff reported the majority of their students were experiencing serious mental health symptoms in the wake of the pandemic. Even simple Google searches for “How to get a therapist in school?” reached the highest numbers of searches for the past year at the end of September according to Google Trends. It’s hard not to be concerned that the structures of support for our students have been weathered through the pandemic.

The concern for trauma related experiences and a swell of mental health problems for students, coupled with a strained behavioral health and education system calls for a repositioning of service delivery for students. Partnerships, focused through the lenses of equity, education, collaboration, and access to care promote the highest degrees of healing.

In the past few years, scholars in the field of suicide prevention have considered “upstream” prevention approaches that address the reduction of risk factors and promotion of protective factors prior to the onset of suicidal behavior, thereby having the potential to reduce suicide rates at the population level (Wyman, 2014; Wyman & Upstream Suicide Prevention Workgroup, 2012). Schools have been identified as a key context within which to implement upstream suicide prevention programs (Wyman & Upstream Suicide Prevention Workgroup, 2012). According to Wyman (2014), an upstream approach to suicide prevention should incorporate programs during childhood and adolescence that build developmentally appropriate skills and supports, a goal shared by multi-tiered systems of support such as positive behavior interventions and supports (PBIS).

The public health approach for preventing suicide is organized as universal, selected and targeted programs, which has been translated in the school literature as multi-tiered systems of support (MTSS) or primary (Tier 1), secondary (Tier 2), and tertiary (Tier 3) levels. Although the impetus to engage in district-wide suicide prevention efforts has typically followed the tragic death of a student and subsequent community response, a majority of states now mandate suicide prevention training for school personnel in some capacity (Kreuze, Stecker, & Ruggiero, 2017).

Tiered models of prevention, drawn from the field of public health, are well-researched and widely accepted within schools through applications to both academics and behavior, with many of these efforts now being integrated given the known link between mental health and academic achievement (Taylor, Oberle, Durlak, & Weissberg, 2017; Durlak, Weissberg, Dymnicki, Taylor, & Schellinger, 2011). School-based suicide prevention programs, as well, have been embedded within multi-tiered frameworks that have identified interventions at the universal (Tier 1), selected (Tier 2), and indicated (Tier 3) level (Miller et al., 2009; Miller, 2010; Erbacher et al., 2015). According to these models, Tier 1 programs address all students within the school population, regardless of whether they are at risk of suicide, while Tier 2 programs help to identify and support students that may be at risk of suicide and Tier 3 programs target high-risk students with current or prior history of suicidal behavior (Miller et al., 2009). Postvention in the aftermath of a student death by suicide warrants the implementation of supports and activities at each of the three tiers, yet can be considered as part of Tier 3 since this response would not be initiated outside of a tragic loss.

Through education and training of all the school stakeholders and creating opportunities to access resources for school personnel, school counselors proactively take measure to ensure student wellbeing (Desrochers & Houck, 2013).

1) Participants will be able to identify multi-tier supports and describe in what way the supports promote student well-being.

2) Participants will be able to list, at least, three interventions or supports for students to promote social emotional wellness.

3) Participants will discuss and highlight practices to align school-based supports for students.

Stephen Sharp is a Nationally Certified School Suicide Prevention Specialist, and continues to work with the Commonwealth of Pennsylvania to pilot an electronic behavioral health screening for schools. He works tirelessly across the state to provide education and training on mental health, substance abuse, inequality, and a world changed by technology.