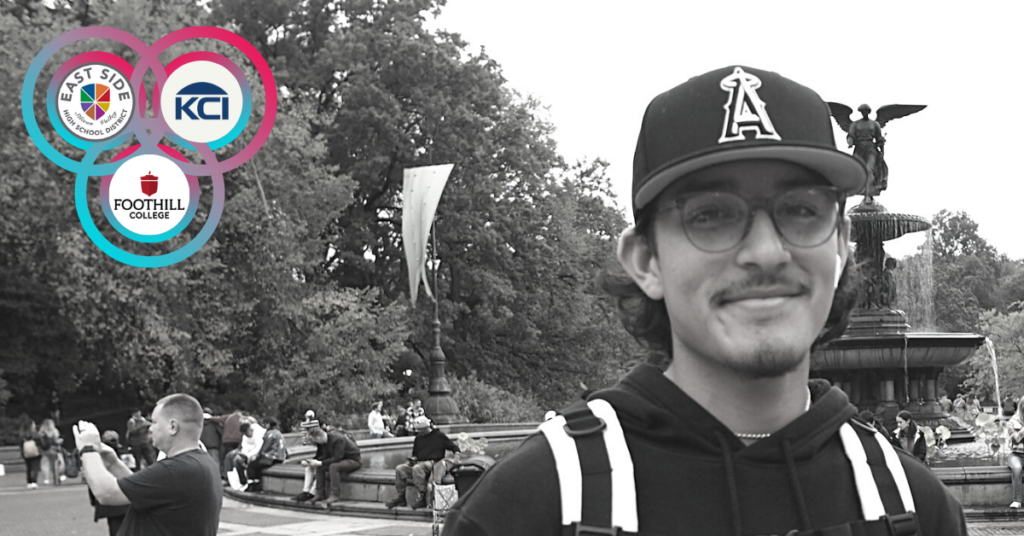 I come from an area of Silicon Valley that is not so well-known and is often overlooked. I am grateful for opportunities, not just in my class but in the outside world as well. My experience at the All American High School Film Festival in New York was very exciting, and having the opportunity to have my film screen in New York was amazing. I didn’t expect much out of last year, but then Mr. Cavada called me and notified me that my film was chosen for a film festival in New York City.

My film story was a small travel film of my trip to Cal State Northridge, where I now go to school and study cinematography. The film was a small project but here’s something; that story had meaning. Everything has a meaning — just be creative with your work. There’s lots of people out there that want to hear and see your story. I did not know about film festivals and that my film could even be entered into one. To have an audience cheer and clap for your film is one of the best feelings in the world.

You just need to put your thoughts down and look through that lens. Whatever you see, take that picture and tell your story.

So take the average of all opportunities, no matter how small or big. It is about looking for that opportunity, seeing what might happen, and making it happen. I believe that anybody can make films and tell stories. You just need to put your thoughts down and look through that lens. Whatever you see, take that picture and tell your story.

This is Part 5 of KCI’s Student Media Collaboration Blog Series highlighting the amazing partnership between KCI, East Side Union High School District, and Foothill College and produced on the WeVideo platform. Stay tuned for more news from the students and community members impacted by this amazing project.

READ MORE ABOUT THE COLLABORATION